The following players have managed to become a “Finisher” so far: 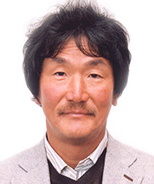 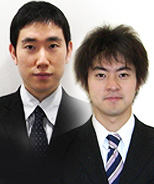 The popular event 42.195 Marathon Championship was well received so we organize it again this year. You have 42 days and 19.5 hours to play your games.

The head referee of the event is Cho Chikun(25th Honinbo), who has devoted himself to the spread of the game of Go.

The following games will not be counted:

Please note that the tournament is not for competing the speed of Go. From the view point of manner, the winning percentage must be at least 30%.

Games during the tournament period are also reflected on your rating. The Organizer Committee reserves the right to disqualify any players who is excessively discourteous to other players.

We call participants who earned 300 points “Finisher”. The IDs of all finishers will be listed on Pandanet web site. We will issue a certificate to all finishers, which you can see on the Pandanet web.

Three people selected in a drawing among finishers will receive a diploma signed by Cho Chikun.

Ten people selected in a drawing among finishers will receive an Internet Go lesson by professionals Matsumoto Takehisa, 7 dan or Tsuruyama Atsushi, 7 dan.